Market access: International reference pricing has its limits, so is value-based pricing the answer. 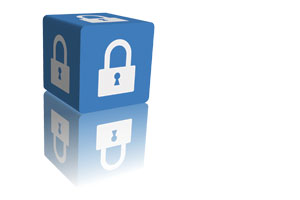 Excluding Ukraine, Russia, Georgia and Moldova, there are 38 separate markets in Europe where pharma companies may want to commercialise their products, along with 38 sets of rules and regulations dictating their prices.

As it is often the governments that effectively set these price levels through determining maximum reimbursement levels, manufacturers could face a wide range of reimbursed prices for their products across the region. If this means wealthier countries pay higher prices than poorer countries for the same products, there is a certain sense to this.

R&D for pharmaceuticals is expensive and innovation to address unmet medical need is costly. For such medicines to be made widely available, poorer countries cannot be expected to pay the same as high GDP markets. Conversely, innovation will be unsustainable if richer countries only contribute the same level of sales income as poorer ones.

Consider the idea that prices established by payers in different countries are proportional based on GDP. A high GDP country sets a high price and a low GDP market a low price, providing a satisfactory and equitable solution for pharmaceutical manufacturers under market economic principles, as is applied to common retail consumer brands. Unfortunately, however, such a solution is not permitted for pharmaceuticals because the EC and European governments, in respectively legitimising parallel trade and legislating international reference pricing (IRP), have distorted the European pharmaceuticals market so much that any attempts by manufacturers to follow the above path are impossible.

Information presented at the International Society for Pharmacoeconomic and Outcomes Research 2010 conference by John Yfantopoulos, Professor of Health Economics at Athens University, provides further insight regarding differences between country GDP and pharmaceutical prices. It indicates the variance between country GDP and pharmaceutical prices paid, for example British and Spanish prices appear disproportionately low (compared to countries' GDP) and US and Swiss prices disproportionately high.

In terms of patient access to healthcare, these regulations create difficulties as under the current regulatory framework drug manufacturers may opt not to make a particular drug available in one or more markets as it would reduce overall European revenues. If launching a drug with a low price in a low price market (low GDP) would restrict the price to that country alone rather than run the risk (or certainty) that such a price would damage the income potential from a richer, higher-priced country, then a manufacturer would welcome such an opportunity to make the medicine available there.

However if the low price is exported, either through cheaper product arriving in higher-priced markets and substituting domestic product (parallel trade) or by the price in the higher-priced market being reduced through referencing to the lower-priced one, then the manufacturer has a difficult decision to make about when, or even if, to accept a low price in a European country.

The industry has limited opportunities to influence design of national pricing and reimbursement (P&R) policies although through national and regional representational organisations, it can lobby EC and country institutions. The UK has just completed a public consultation regarding the design of its value-based pricing (VBP) regime which will replace the Pharmaceutical Price Regulation Scheme (PPRS) for 2014 and bring an end to 'free-pricing'. In December 2010 the Department of Health released a consultation paper setting out its plans and posing questions for stakeholder response by March 17, 2011.

The Health Secretary emphasised the system should enable patients to access the medicines they needed by bringing prices and value closer together and taking into account unmet need, innovation and societal benefit. Key features are in Table 1. The scheme contains features representing best practice for payers and avoids some of the pitfalls of pricing schemes in other European countries, especially IRP.

Table 2 presents approaches that could represent best practice for payers in adopting equitable and appropriate policy on domestic pharmaceutical P&R. National circumstances mean that not all the approaches suit each country, so there should still be differences in how country payers approach P&R. For example, larger countries with a significant Department of Health or central bureaucracy can (should) employ more rigorous processes to assess value and ensure that prices are appropriate, whereas for smaller markets without such resources, a lighter approach may be best.

Here an IRP approach may be right, but only for prices in countries where the GDP level is similar and the proportion of GDP invested in health care is comparable. A referencing country should not reference prices in another country that derives its own prices from referencing to a third or more countries. Under these circumstances there can be little to link a drug's price and its value to that healthcare system.

Manufacturers should embrace debate on how pharmaceutical prices are determined. Some payers are aware that simply setting prices as low as possible is not necessarily appropriate or sustainable, for example in terms of industrial policy or recognising and stimulating the benefits of innovation.

All recognise the benefits of VBP. It is just as inappropriate for payers to be expected to pay too high or too low prices for drugs as it is for manufacturers to expect them to do so. The burden of evidence generation to demonstrate the value of a new drug correctly lies with the manufacturer. If data is presented that clearly and objectively indicates a product's value to that payer, then it is the payer's obligation to recognise that value appropriately in the price paid. Without the evidence there is no justification for payment. The current French, and prospective British, systems are fair approaches.

Legal situation
From a different perspective, could national payers' utilisation of IRP be considered anti-competitive and at odds with EU law? Consider the example that a state payer demands that if it is to fund a medicine, the manufacturer of that medicine must make it available at a price it has previously established in another market whose GDP is, say, 60 per cent lower (the Italy:Romania example).

Regardless of the question of appropriateness, is it strictly legal under EC law for the payer to make such a pronouncement? If the manufacturer decides that at such a price it would not be in its economic interest to make the product available and the drug is therefore denied to needy patients, what would EU law makers' position be if the matter were referred? Under Article 102 of EC competition law it could be interpreted that Member States practising IRP are acting contrary to the stated provisions.

There is a discussion to be had on whether medicines are fundamentally different to consumer products and whether, from a competition law perspective, drugs should be treated differently. The question is whether European countries have any obligations to supply medicines and if so, how P&R arrangements should be structured from a policy framework.

Another debate is whether it is appropriate for medicine prices to be higher in wealthier countries and lower in poorer ones. If this, the common approach in Europe, is considered correct, then when payer policies interfere, patient access could be compromised. Should such a situation be allowed to persist?

The Author
Adam Barak is director at PharmaPrice International

“With their depth of market access experience across the EU, Adam Barak and his team at PPi Healthcare are well-positioned to provide timely, insightful guidance on pricing and reimbursement. ProMetic’s global strategic launch plans involving ultra-orphan therapies, have been greatly enhanced by our collaboration with PPi.”

“I want to let you know that the feedback from my colleagues after your presentation was that they are impressed by the amount of information that you have gathered within the research within such a short period.”

“I have worked with PPi on several projects and I will work with them again. The first project was a European pricing study for an orphan product. Having already completed one study with a competitor, I found the PPi team to be particularly insightful, having taken the time to completely understand this complex project.”

“Recently I completed an assessment to inform the collection of pharmacoeconomic data in a clinical study in the US and Europe. The team again were very insightful and we had unexpected value-added when we found a member of the PPi had been involved in the pricing and reimbursement activities relating to one of our comparables. Great team, great results!”

This website uses cookies to improve your experience while you navigate through the website. Out of these cookies, the cookies that are categorized as necessary are stored on your browser as they are essential for the working of basic functionalities of the website. We also use third-party cookies that help us analyze and understand how you use this website. These cookies will be stored in your browser only with your consent. You also have the option to opt-out of these cookies. But opting out of some of these cookies may have an effect on your browsing experience.
Necessary Always Enabled
Necessary cookies are absolutely essential for the website to function properly. This category only includes cookies that ensures basic functionalities and security features of the website. These cookies do not store any personal information.
Non-necessary
Any cookies that may not be particularly necessary for the website to function and is used specifically to collect user personal data via analytics, ads, other embedded contents are termed as non-necessary cookies. It is mandatory to procure user consent prior to running these cookies on your website.
SAVE & ACCEPT